Recycled and Adapted – What is Best in Life? 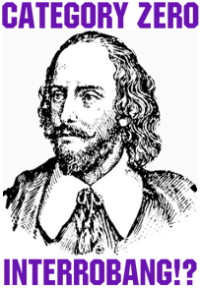 In the 1982 movie, Conan the Barbarian, Conan is asked the question ‘What is best in life?‘ to which he answers with possibly the most famous quote from the movie…

‘…to crush your enemies, see them driven before you, and hear the lamentation of their women.‘

When I first heard that I thought it was pretty cool and pretty badass but then again it was Conan and he was after all a barbarian.  Not any barbarian mind you he was the barbarian so you’d expect him to be pretty badass.

I was later told that it wasn’t in fact an original quote written by either the author or by the screenwriter who adapted the book for the screen nor was it the director’s work or an ad lib by Arnold Schwarzenegger before he became the governator.  I was informed that it was lifted from the writings of Sun Tzu ancient Chinese author of the Art of War.

Fascinated by this revelation and wanting to know more of the origins of this badass quote I went looking through the works of Sun Tzu for it.  Nothing.  It appears nowhere int he writings of Sun Tzu. So, temporarily defeated, I let it lie but it always rattled inside my head that ‘hey that’s not an original quote now where did it come from?‘

Recently I re-enlivened my search for the origins of the quote and it turns out that it is attributed to Genghis Khan. Khan and Emperor of the Mongol Empire, Master of Crowns and Thrones and Scourge of the west.

In his 1927 work entitled Genghis Khan: The Emperor of All Men, Author and Historian Harold Lamb describes Genghis Khan’s frustration at administering his empire.  Before embarking on his conquest of eastern Europe the great Khan speaks to one of his Mongol officers about what brings greatest happiness in life:

One day in the pavilion at Karakorum he asked an officer of the Mongol guard what, in all the world, could bring the greatest happiness.

“The open steppe, a clear day, and a swift horse under you,” responded the officer after a little thought, ” and a falcon on your wrist to start up hares.”

“Nay,” responded the Khan, “…to crush your enemies, to see them fall at your feet to take their horses and goods and hear the lamentation of their women. That is best.”

This entry was posted on Thursday, February 23rd, 2012 at 7:42 pm and tagged with Arnold Schwarzenegger, Conan the Barbarian, Genghis Khan, Harold Lamb, history, literature, Movies, Sun Tzu, what is best? and posted in Movies, Trivia, Zero. You can follow any responses to this entry through the RSS 2.0 feed.
« Applied Awesome – Motivated Creativity and Political Satire in the United States
Dad Joke of the day »