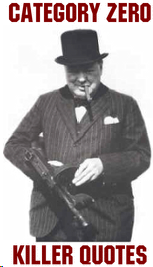 “I can’t even say the word, it’s too early in the day to get upset.”

Bon Scott was the charismatic front man of iconic Australian Hard Rock band AC/DC from 1974 until his untimely death on 19 February 1980.

On this day in 1980 the lifeless body of Ronald Belford Scott (Bon Scott), front man of iconic Australian Hard Rock outfit AC/DC, was found by Alistair Kinnear outside 67 Overhill Road, East Dulwich, South London in Kinnear’s Renault 5 having drowned in his own vomit after a night of heavy drinking at a London club, the Music Machine.

Ronald Belford Scott was born on 9 July 1946 in Forfar, Scotland.  His family emigrated to Australia in 1952 and initially settled in the Melbourne suburb of Sunshine before moving to Fremantle, Western Australia in 1956.

In 1974 Bon Scott, as he had been dubbed whilst at school in Sunshine, became the front man of legendary Australian rockers AC/DC.  He took AC/DC from a band with regional popularity in Australia to international rock stardom appearing on the studio albums