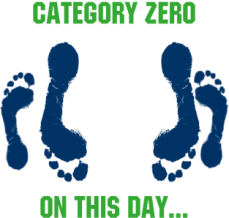 On this day in 1933 Adolph Hitler becomes Führer of Germany with the passage of the Enabling Act of 1933 by the Reichstag.

Under the Act, Hitler’s government acquired the authority to pass laws without either parliamentary consent or control. These laws could even deviate from the Constitution.

The Act eliminated the Reichstag as active players in German politics. Together with the Reichstag Fire Decree, which curtailed basic civil liberties and transferred state powers to the Reich government, the Act transformed Hitler’s government into a legal dictatorship.

The Act also effectively removed Presidential oversight, as President Hindenburg’s representative had stated that the aged president was withdrawing from day-to-day affairs of government and that presidential collaboration on the laws decreed as a result of the Enabling Act would not be required.

On this day in 1920 The National Socialist German Workers’ Party (NSDAP) commonly referred to as the Nazi Party is founded by Anton Drexler.

The NSDAP grew out of the German Workers Party (DAP) and the far-right racist völkisch German nationalist movement and the violent anti-communist Freikorps paramilitary culture of post World War I Germany.

Adolph Hitler joined the then DAP in 1919 but by 1921 was the Nazi Party’s undisputed leader with Drexler becoming more and more a figurehead.

Adolf Hitler was appointed as Chancellor of Germany on 30 January 1933.  The Reichstag burned down on 27 February 1933 and the following day President von Hindenberg granted Hitler, as Chancellor, an emergency-powers decree suspending civil liberties and the governments of the German federal states.

The rest, as they say in the classics, is history.