“If you don’t know where you are going, every road will get you nowhere.”

Henry Kissinger was US Secretary of State during the Ford and Nixon administrations as well as being the National Security Adviser concurrently.  Long after his retirement from official duties his opinion was still valued and sought after by subsequent administrations.

Kissinger is a much honoured figure, a Nobel laureate and honorary Knight Commander of the Order of the British Empire and no doubt one of his most prized honours and one in which he cannot be surpassed is that he was the first honorary member of the Harlem Globetrotters. END_OF_DOCUMENT_TOKEN_TO_BE_REPLACED

Dad Joke of the day 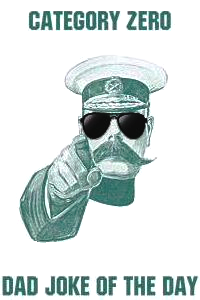 Q – What did the grape say when the elephant stepped on it?
A – Nothing, it just let out a little wine (whine).